Taiven is a skilled combat mage with a large mana reserve, one of Zorian's former crushes, the class assistant to Nirthak.

She is athletic and attractive from her hard training to become a skilled combat mage, and has an aggressive and rude personality.

She wants to seek some sort of prestige, but as a new dungeon delver that's quite tricky, and her parents would prefer her to be safe.

She knows the unstructured ability mana surge, where you saturate an area with your mana allowing you to sense mana constructs. She can cast the incredibly destructive fire vortex spell. She knows a host of other combat and environmental spells of great utility, e.g. spider climb, feather fall, other survival spells.

As a friend of Zorian's, she begged him to help her retrieve a watch from the dungeon from giant spiders. Zorian eventually did so, meeting the Aranea, and she in return trained Zorian in combat spells and utility spells.

Later after the upsurge in monster attacks she leads Zorian, and her friends Urik and Oran, to a number of assaults on monsters down below, and later, awed by Zorian's skill, she convinces him to tell her about the loop, and starts to train him further in combat fighting. 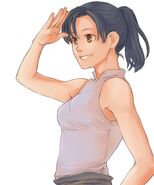 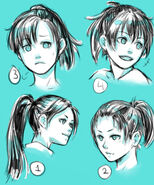 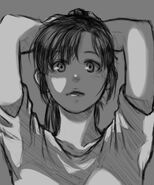 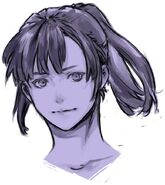 by pocketsleuth
Add a photo to this gallery
Retrieved from "https://mother-of-learning.fandom.com/wiki/Taiven?oldid=5496"
Community content is available under CC-BY-SA unless otherwise noted.